Lake of the Ozarks Trip 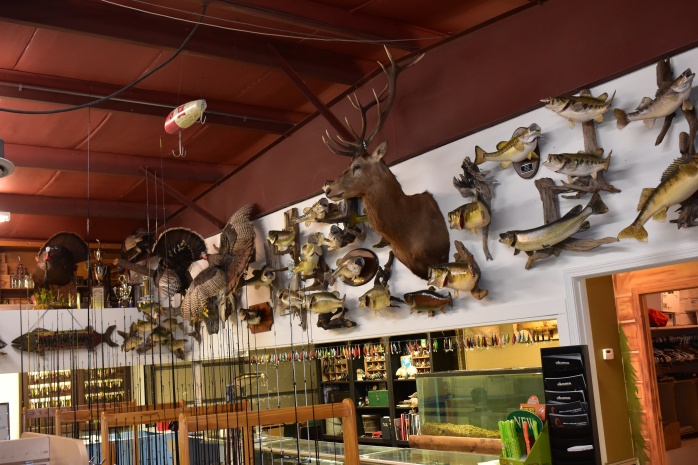 Above: Bryant’s Osage Outdoors, the best tackle shop on the lake.

I must say that the Lake of the Ozarks is a very impressive, yet intimidating lake. It has over 30,000 docks and more shoreline than the coast of California. Just getting started can be quite a daunting task. When we left Tennessee, I was not convinced this was a crappie destination, I tossed in a couple bass rods “just in case”.

We started fishing in the Laurie area and never felt the need to leave. Not only is the fishing great but the people in the area are extremely free with information and very accommodating. We chose to base out of Bryant’s Osage Outdoors tackle shop. Accommodations were also awesome at Hawks Landing Resort.

The lake has about every type of structure and depth you can imagine. We started pulling crank baits in 45 feet of water, targeting suspended fish at about 22 feet deep. Since this is primarily an open water game we were near the main channel edge following the 45-foot contour line. We caught fish all day using this method and oddly enough they were all white crappie in the 1-pound range. We stopped counting at around 60 legal fish. We used the Jenko Crappie crankbaits to catch our fish. 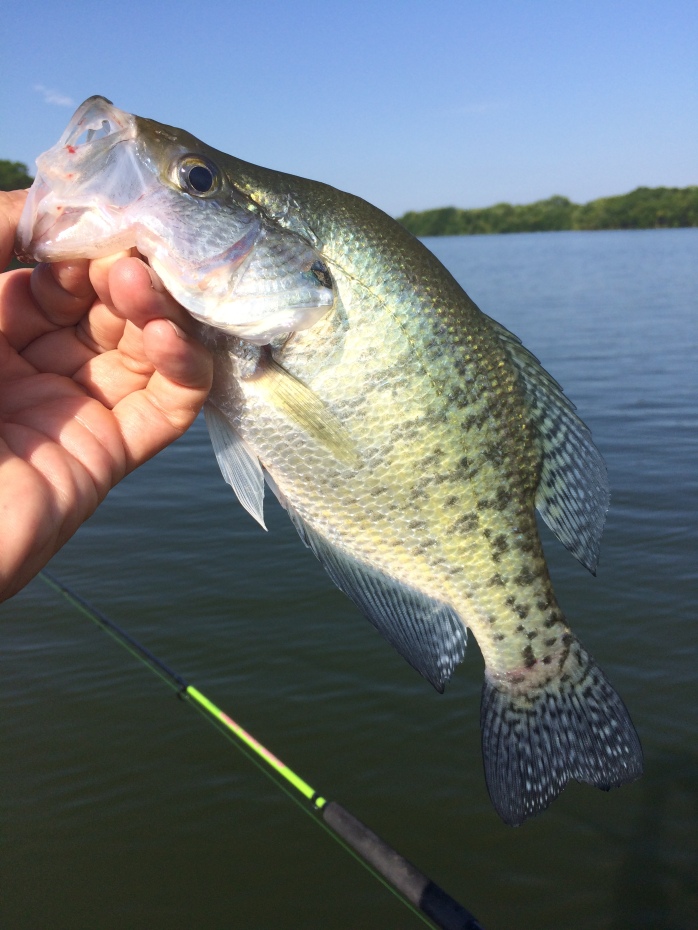 On Saturday we awoke to a major curve ball from mother nature. The wind was blowing 15-20-mph and the temperatures had dropped over 10-degree’s. The main lake was just not fishable due to the wind. Boat control was a futile effort. Add in the 40-foot plus yachts full of, what the locals called” leaf lookers, and my 18-foot boat was just not enough watercraft that day.

We hit some sheltered coves, but they were not crankbait conducive at all. They were full of brush and other structure. We had no choice but to change tactics to, my least favorite method of crappie fishing, spider rigging. We stayed in 3-10-foot of water and rigged with a pair of hooks tipped with minnows. If we stayed shallow, and tight to the brush, we caught a few fish. It was nothing to call home about yet… I have a thing about orange jig heads because they always catch fish, well that’s what I tell myself anyways. In other words, I have extreme confidence in orange jig heads. The fly in the proverbial buttermilk was my jig box was on my desk, 587 miles away. Luckily, I had been to the American Crappie Trail banquet and had been given one pack of jigs called a Rockport Rattler, and they were orange! We removed the hooks and started tipping a two-jig setup with live minnows. That turned out to be the game changer for the day. We caught fish one after the other, until lunchtime.

After lunch we swapped to shooting some of the plethora of docks on the lake and we caught our best fish this way. When the sun peeked out we would catch good fish, when it went behind the clouds we still caught a few but the size dropped considerably.

Overall this was an amazing lake to fish. I am already looking forward to a spring adventure to the Lake of the Ozarks! Finally, I need to day that I never used the bass rods I dragged along “Just in case”

Troy Basso is a freelance outdoor writer and photographer from Tennessee. He can be reached though his website at www.troybassooutdoors.com .