Once you understand the information contained in a map margin you can then get down to the information on the map itself. Next are the colors you will see on a topographic map. There are numerous colors used but here are the basics and what they represent.

RED-BROWN – This is the color is used for relief features such as contour lines.

SADDLE – A saddle is the spot between two hilltops.

BLUE – The color blue is used to show water like in lakes, streams, rivers or swamps.

GREEN – Green depicts vegetation such as forests, orchards, or vineyards.

There are both major and minor terrain features.

Depression – A depression is what happens when you realize your GPS batteries are dead and your maps are at home. It is also circular spot of land that is lower in elevation than the surrounding terrain and is not filled with water. Good examples would be strip pits and sink holes.

SPUR – A spur looks like a spur on a rooster. Its the part of some hills that sticks out like, well, a rooster’s spur. (Minor terrain features)

DRAW – A draw is a spot that pushes into a hillside. (Minor terrain feature)

HILL – A hill shows you the top of the hill as viewed from above.

RIDGE – A ridge is nothing more than a series of hills in a row.

Cliff – A cliff is that thing I always manage to find while navigating in the dark without a map and, a nearly vertical or vertical change in elevation as noted by the extremely close contour lines. (Small terrain feature) 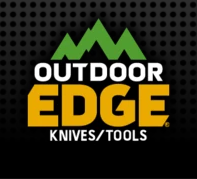